Steve Marriott is one of the finest voices in rock n roll history, the main man of Small Faces and Humble Pie was a strage gifted man.

Check this documentary called “The Life And Times Of Steve Marriot”, you can see  interviews with Peter Frampton, Jerry Shirley, and Greg Ridley, among other musicians that knows  “who is who ” in Rock n Roll Royalty. 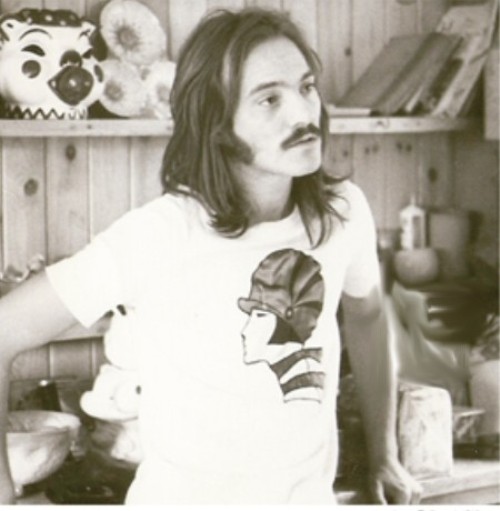 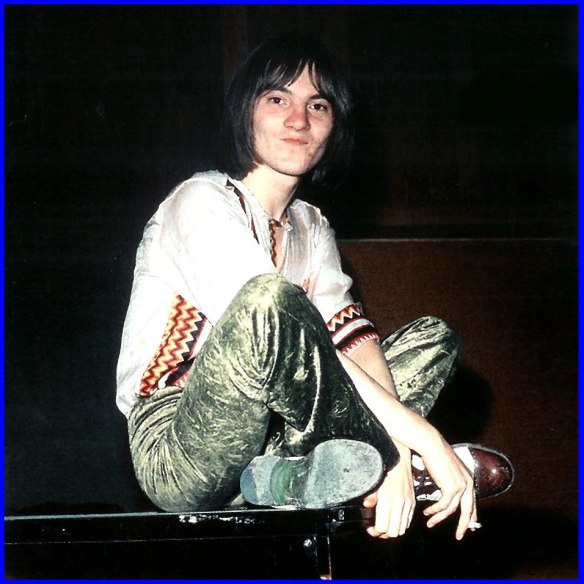 If you look up the phrase ‘glorious racket,’ chances are a picture of the Velvet Underground‘s second album, ‘White Light, White Heat’ will appear. That description fits each and every one of its 40 minutes perfectly. Unlike the haunting beauty of their flawless debut album, ‘White Light,’ which was released on Jan. 30, 1968, drops a bit of the artiness and supplements it with rage and raw power.

From the moment the needle hits the opening burst of the first track, it’s safe to say your speakers may be in danger. “We were intent on recording this album live, because we were so good live at this point,” said John Cale in his autobiography, ‘What’s Welsh For Zen.’ “To keep that animalism there, we insisted on playing at the volume we played on stage.”

One of countless brilliantly simple riffs Lou Reed had a knack for writing, the title cut kicks off this chaos-drenched ride without pretense or disguise, letting loose on the listener’s senses via its amphetamine-laced punch. The song was later covered, very nicely, by David Bowie. ‘The Gift’ is a John Cale narrative set to a motorik groove. The brittle guitars and heartbeat drums of Maureen Tucker pump this along like blood to the heart, while Cale tells the amusingly bloody tale of Waldo Jeffers and how not to use the postal service.

‘Lady Godiva’s Operation’ is almost folk-rock in its framework, with a very Byrds-like, almost jangling riff driving the song. However, in the hands of the Velvets, it takes on a shape all its own. The part where Reed chimes in on ‘Sweetly’ and ‘neatly pump air’ still sounds so odd, as the vocals are mixed so loudly there. Every time it plays, you know it’s coming, but it’s still jarring. ‘Here She Comes Now’ is probably the most mellow moment on the album and a nice way to end Side One. It features an understated vocal from Reed and in some ways, foreshadows album No. 3 in its overall vibe. A real beauty indeed.

Okay, so we’ve flipped the LP over and upon doing so, we are knocked out of our seats. ‘I Heard Her Call My Name’ is a brutal four-minute ride about hearing the voice of a now-deceased love, with some of the most charged feedback ever committed to tape. After Reed sings the line “and then my mind split open,” there is a pregnant pause before the burst of feedback and guitar tears apart the cones of your speakers. The beauty and power of the electric guitar might just be summed up on this track.

And then, we have arrived at our final destination, a little song called ‘Sister Ray.’ 17-plus minutes of raw-as-can-be rock and roll with a riff that just never stops. It’s not so much a proper ‘song’ as it is a riff — a riff that never lets up and by the power of its insistence, becomes a song. And what a song it is. Reed’s lyrics roll out like a stream of consciousness blur of sex, drugs and death. All the while, the guitars and organ fuse together into a sonic overload as Tucker never lets up for a moment. At the end of the 17-minute ride, we’re exhausted! “We were working in a very small studio with no isolation so it was all this noise just smashing into more noise” said Cale, “We never quite realized that there were technical problems in turning everything past nine.”

Recorded in late-1967, the effects of the “Summer of Love” were nowhere to be found here. The New York City that spawned this band and this album was a long was from warm San Franciscan nights and flowers in anyone’s hair. The cover alone is the antithesis of the psychedelic explosion, all black with the band name and LP title very formally sitting at the top. They even managed to beat the Beatles to the punch of the ‘White Album’ artwork with this darker take on a similar motif. It goes without saying that the album sold next to nothing, but would continue to gain notoriety over the years.

Neither the Velvets, Lou Reed, nor John Cale ever made another record like ‘White Light, White Heat’ again. Though its influence guaranteed that many others would try, no one has ever come close. It feels entirely of the moment. Its power so genuine, the emotion so raw, it simply could never be copied, even by those who made it. We’re not saying it’s the best VU album — there may not be a ‘best’ VU album since they are really all very different animals — but it is certainly their most vicious and demanding platter. It’s heavy without being metal, and it’s metal without being heavy. The years has not snuffed out its fire. Someone check back in another 45 and see if it’s still smoldering.

Mick Jagger has been named the most stylish rock star of all time by lifestyle website Complex.

Complex say of Jagger: “Hands-down one of the best-dressed musicians of all-time, he definitely set the bar for flamboyant frontmen. From his crazy stage antics to his bad boy edge, his style reflected his personality perfectly: it was something that needed to be tamed, but functioned best when it was wild.

“Even today, he wears silk scarves and suits with more rakish appeal than most men – and he’s pushing 70.”

Meanwhile, Jagger’s former bandmate Bill Wyman says the best thing about his “short and sweet” guest spots with the Stones last year was having his three teenage daughters see him do it.

The 76-year-old bassist tells the Independent: “It was the first time they’d seen me play with the Stones. They’d been to Stones shows before but never seen me on stage with them, so that was kind of nice. I did get some quite rousing applause when I went on.”

Some of Complex’s most stylish rock stars

The Atomic Sunrise festival was held in March 1970 at the legendary Roundhouse club in England and featured a number of the underground rock scene’s most shining lights. The event featured David Bowie,Hawkwind, and Genesis, among others. All these acts were in their infancy, and that’s what makes the event so interesting. Fortunately, the festival was captured on film and now, after over 40 years, the film has been unearthed.

Bowie was in transition from folkie to full on electric glitter, and had just recently brought in a new guitarist to his new group, some young kid named Mick Ronson. That group, called the Hype (which also featured his future producer, Tony Visconti), would ultimately be the forerunner to Bowie’s transformation to glam rock superstar.

In the meantime, Genesis were also in transition, having not yet signed with Charisma Records. Leaving behind the Bee Gee-esque pop of their first album, the band were re-casting themselves as art-rock pioneers and had yet to acquire the services of Phil Collins behind the drum kit. Hawkwind were just getting their ship off the ground with their debut LP still in the works.

Though it remains uncertain as to who actually filmed the festival, Adrian Everett, director-producer of the film, has been on the trail of this footage since first learning of its existence in the late-1970s. According to theIndependent, the film was being held against a film processing bill amounting to several thousand pounds. The movie was about to be destroyed when, in 1990, Everett got the funds in place, thereby rescuing it from being celluloid dust.

An investment from the owner of a small record store got the ball rolling with a small budget to begin a first cut of the footage. Completely by chance, he was soon in touch with the original sound man from the festival, who helped him put music to the previously silent footage. “It was adding the sound and seeing the film come to life that made me realize how important it is,” Everett said. “Until then I just thought it might be interesting, but now I knew it was amazing. That’s why I felt I had to get it out there.”

The film is set to be shown at its birthplace, the Roundhouse in London, this March, and from there, it’s path in uncertain. “The music and images are amazing, and my plan is to do a book and DVD of the final edit.” Everett said, “There are so many strands to this story. It’s a great story to tell.”

It’s amazing this is finally getting off the ground at all. Everett had his financial backing yanked on him in the early-’90s, which left the project on a shelf. He tried to obtain interest from the BBC, but the project had again stalled. Now, over 30 years since his first involvement, and over 40 years since the festival itself, fans will finally be able to see and hear this footage of soon-to-be legends finding their feet.

Some of those involved have since passed away such as Mick Ronson and original Genesis drummer John Mayhew, which fueled Everett even more to get the film out there. “Not only so that people could see it at last, but as a sort of tribute to those who had gone,” Everett said, adding “Some of them unrewarded and almost unknown.”